Adele and Delwin were born in LaSalle-Peru in 1911 and 1907 respectively, attended local grade schools and graduated from LaSalle Peru Township High School. Delwin married Adele Steinbach in 1941. Adele worked at a local bank and Delwin was active in farming and farm management. Adele wanted to honor her husband, who passed away in 1986, by leaving her assets to build an aquatic center at the Illinois Valley YMCA, Peru, Illinois. Adele passed away in 2003, designating her executor and a committee of local businessmen to carry out her wishes for the Illinois Valley YMCA. 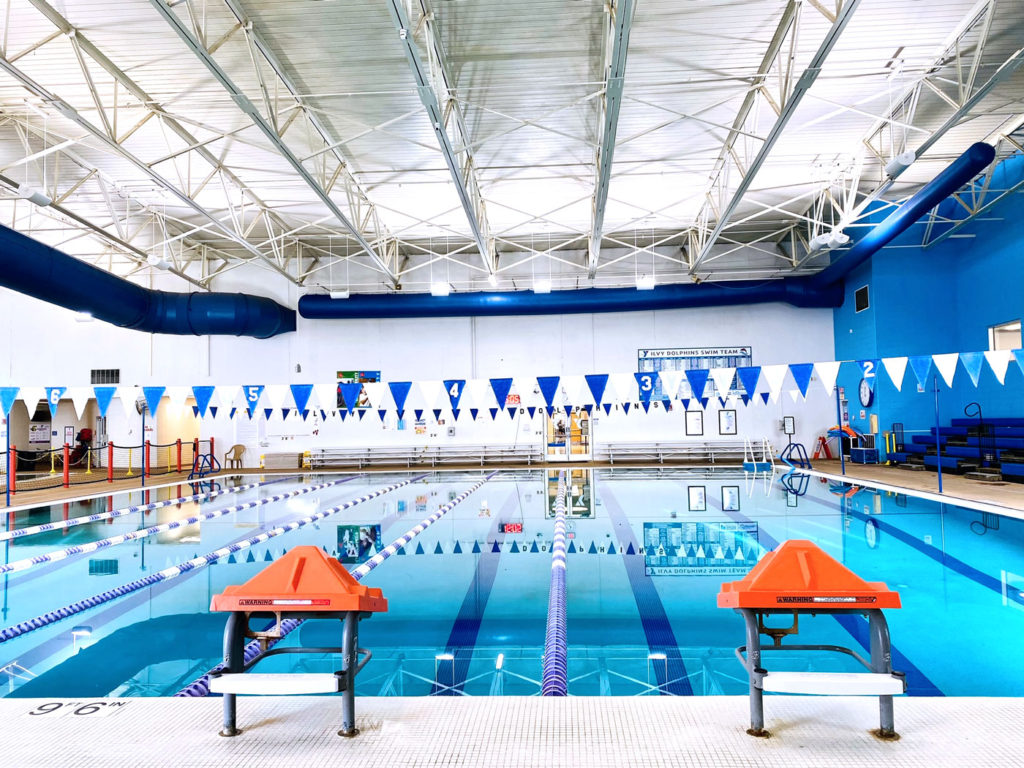 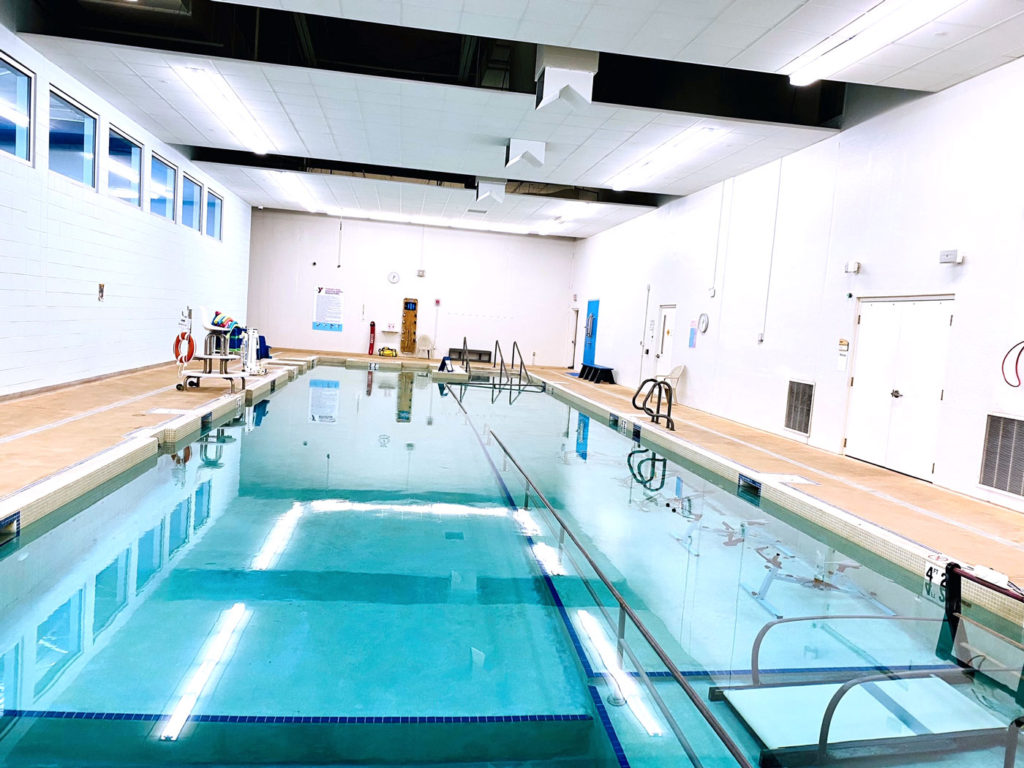 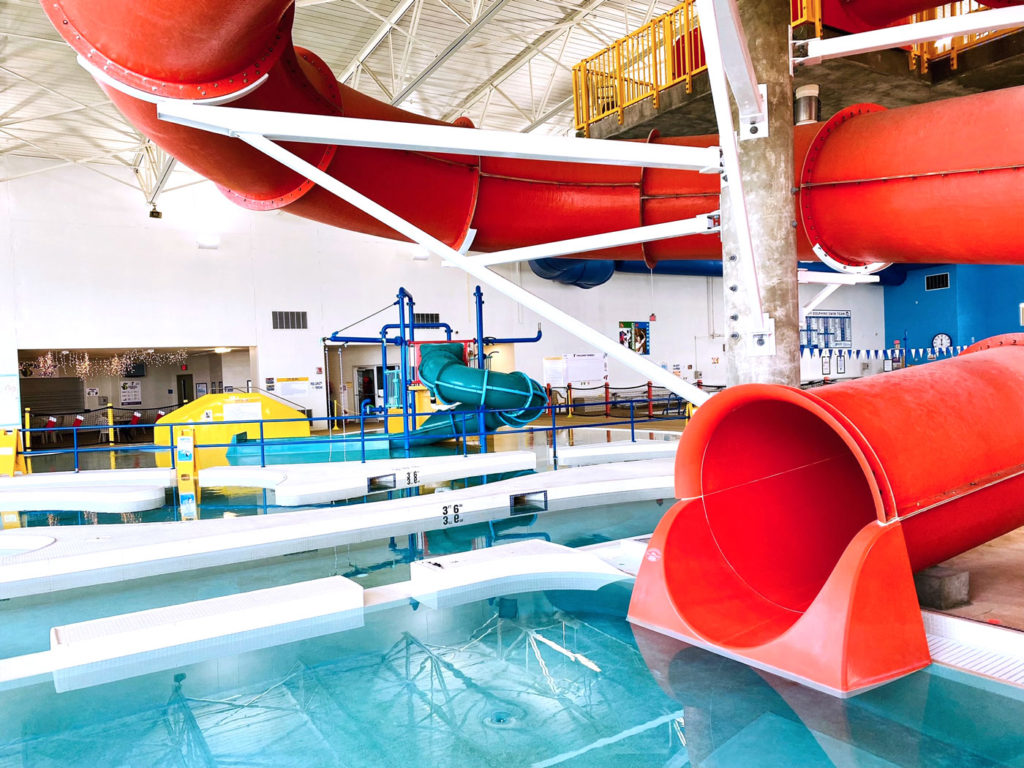 The Illinois Valley YMCA and Adele & Delwin Link Memorial Aquatic Center is a state of the art facility. It was designed and constructed based on the current aquatic industry standards and practices. As the aquatic industry standards and practices change so does the construction and design of new aquatic facilities. This is why there are differences in the appearance, design, construction, and safety precautions & guidelines compared to other area pools. Aquatic Center employees hold the safety of our members and guests in high regard. Remember that by registering for programs or while utilizing the Illinois Valley YMCA Link Aquatic Center there is an inherent risk if injury. You are solely responsible for determining if you or your minor child/ward is physically fit and/or skilled for the activities contemplated. It is always advisable, especially if the participant is pregnant; disabled in any way or recently suffered an illness or impairment, to consult a physician before undertaking any physical activity or program.

Why is showering before entering the pool required?

The Illinois Health Department requires that all guests using the Aquatic Center take a head to toe soap shower before entering the swimming pools. This helps reduce contaminates in the pool water from sweat, body oils, lotions, etc.

What makes the Aquatic Center different from other area pools?

The Link Aquatic Center is a state of the art facility. It was designed and constructed based on the current aquatic industry standards and practices. As the aquatic industry standards and practices change so does the construction and design of new aquatic facilities. This is why there are differences in the appearance, design, construction, and safety precautions & guidelines compared to other area pools.

Can we make up missed classes?

There is no provision made for swim class makeup for children missing classes. This is so the students registered will have quality and consistency in their lessons. If classes are cancelled by the Illinois Valley YMCA, arrangements will be made to make up the class.

Why can't my child sit on my lap when using the water slide?

The water slide manufacturer requires that all guests use the slide one person at a time, feet first on the back. This prevents the potential injury to the neck or back. When a guest uses the slide with a child on their lap, it increases the risk of the guest to have a neck or back injury in addition to the child potentially slipping off the person and becoming severely injured. The flow of the water slide also increases the potential of injury when more than one guest uses the slide at a time and can result in multiple guests becoming injured.

Why does the Aquatic Center have health and safety regulations?

Why is it strongly recommended for guests to be 17 & older in the spa?

The Link Aquatic Center spa was designed as an adult use hot water pool. The design intended for users to only sit and use the jets in the spa and not as a warm water play pool. The U.S. Consumer Product Safety Commission (CPSC) helped develop standards to prevent hair entanglement and body part entrapment in spas, hot tubs, and whirlpools. These standards should help prevent deaths and injuries. The main hazard from hot tubs, spas and whirlpools is the same as that from pools – drowning. Since 1980, CPSC has reports of more than 700 deaths in spas, hot tubs and whirlpools. About one-third of those were drownings to children under age five. Since 1978, CPSC has reports of 49 incidents (including 13 deaths) in which people’s hair was sucked into the suction fitting of a spa, hot tub, or whirlpool, causing the victim’s head to be held under water. Hair entanglement occurs when a bather’s hair becomes entangled in a drain cover as the water and hair are drawn through the drain. In some incidents, children were playing a “hold your breath the longest” game, permitting their long hair to be sucked into the drain. CPSC knows of 18 incidents since 1980 in which parts of the body have been entrapped by the strong suction of the drain of pools, wading pools, spas, and whirlpools. Of these, 10 resulted in disembowelment and 5 other people died. CPSC knows of several deaths from extremely hot water in a spa. High temperatures can cause drowsiness, which may lead to unconsciousness, resulting in drowning. Adverse health outcomes that may result from the intense and sudden changes in temperature associated with the use of these whirlpools include slowed heart beat, hypothermia, impaired coordination, loss of control of breathing, muscle cramps, heat stroke, severe dehydration and death and loss of consciousness. In general, exposure to temperature extremes should be avoided by pregnant women, users with medical problems and young children. Prolonged immersion in spas or other pools with high or low temperatures should be avoided or approached with caution. In addition, it has been proven that infants through 16 years of age often do not remain seated while using the whirlpool. Lastly, we do not allow anyone to sit on the outer edge of the whirlpool as it impairs the lifeguard from properly guarding the whirlpool to ensure the safety of our guests.

What are the requirements for guests who are incontinent or are not toilet trained?

The Link Aquatic Center requires all guests who are incontinent and/or not toilet trained to wear a swim diaper and tight fitting plastic, vinyl or rubber pants. When regular diapers become immersed in water water the gel used to absorb urine and fecal matter. A swim diaper is designed not to disintegrate while swimming like a regular diaper but does not prevent urine or fecal matter from entering the water. When the swim diaper is combined with tight fitting plastic or rubber pants the fecal matter is contained and is less likely to contaminate the swimming pool water with the bacteria that can cause several illnesses such as Pseudomonas, Hepatitis, Giardia, Legionella, Staphylococci, or Cryptosporidium. Swim diapers and plastic pants are available for purchase at the Alligator Alley & Pro Shop.

What type of swimming attire should I wear?

The Illinois Health Department requires all guests using the swimming pool to wear clean swimming attire. The Illinois Valley YMCA requires all swimmers be in a lined bathing or swimming suit. Lined swim suits are more sanitary than regular clothing. Wearing lined swim suits helps in protecting guests from debris and contaminants that may be on regular clothing. In addition, t-shirts or pants restrict a guest’s ability to effectively move through the water. The Link Aquatic Center staff also recommends that small children wear thermal swim suits or swim suits that cover more body area. Since the body mass is drastically different than adults or older children heat loss is greater. We suggest that your child wear a hat to prevent heat loss. Before and after your child swims, we recommend keeping them warm with a hooded terry cloth robe or towel.

Why is the height requirement 48" for the inner tube water slide?

The water slide manufacturer requires that all users of the water slide be a minimum height of 48” to prevent the guest from being seriously injured. In addition, the splash down area of the leisure pool is 3feet 6 inches or 42” deep. A person under 48” cannot comfortably keep their airway above the water when exiting, due to the extreme force of the water from the slides water. In addition the manufacturer of the water slide states in the operational handbook that guest under 48″ have a high risk of being thrown off the inner tube while using the slide. Being thrown off the inner tube can potentially give the guest a head, neck or spinal injury or lead to death.

Click here to download/print some Water Safety Tips that every person should know.

Thanks to our friends at Schimmer Chevrolet Buick for sharing this message. 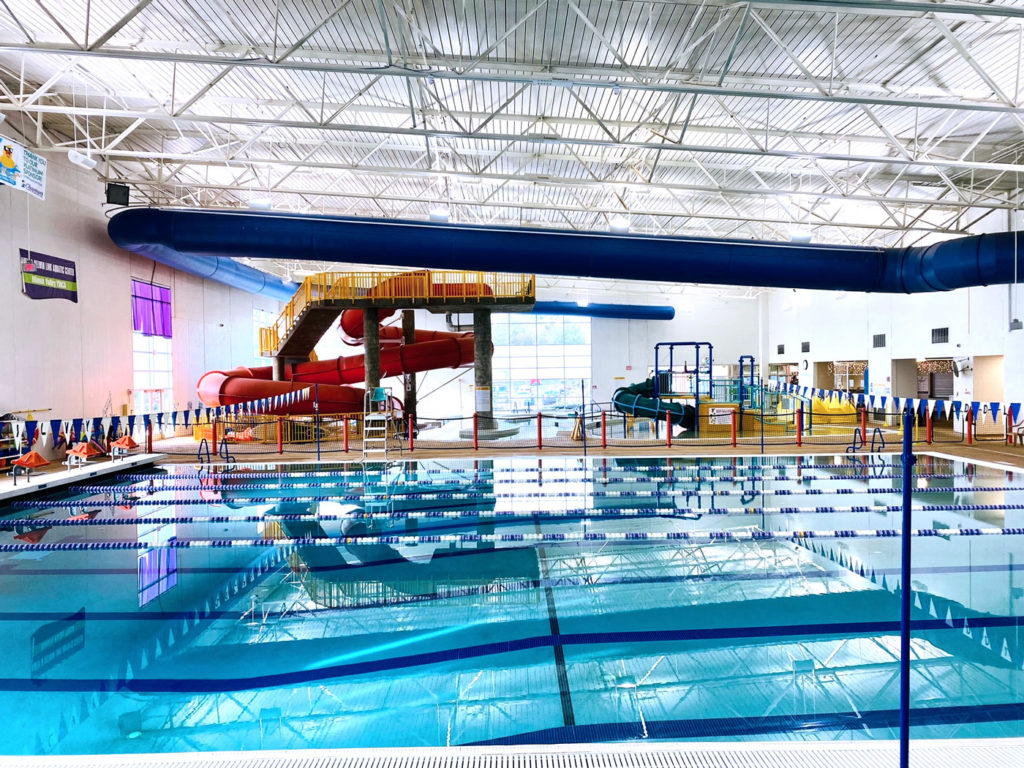 Click here to download/print some Water Safety Tips that every person should know.

Thanks to our friends at Schimmer Chevrolet Buick for sharing this message.

Your donation helps nurture the potential of our youth, promote healthy living, and foster a stronger community.